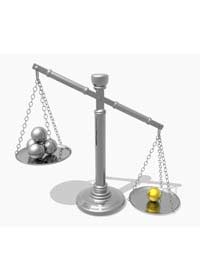 This is a very good question and one that has been asked several times by many groups of people.The British people are traditionally very proud of the NHS system and it has been known to be called the ‘envy of the world’ in the past.

Many other countries do not have a system and often only those who have very little or no income are entitled to ‘free’ healthcare.

When the private service was introduced in the UK many people were reluctant to accept it as they feared it would begin a rollercoaster of effects that would eventually lead to the entire privatisation of healthcare in the UK bringing with it the fact the everyone must purchase health insurance in order to receive full treatment.

It is known in other countries that those without insurance or those with very basic cover contained in their policy could be left with huge medical bills depending on the extent of treatment and care received by doctors, nurses and other healthcare professionals and in which of the hospitals they had their treatment.

Many people have a common and often misguided judgement of private healthcare that the patients receive preferential treatment from staff and have access to a greater number of services and equipment. Whilst it might be true that the surroundings and food are better in the private sector, the staff would probably argue very strongly that the care they receive is no different between the two areas.

There are also large groups of people who feel that simply because a person has money should not give them any more rights to access healthcare at an earlier time that those with less financial security. This is a common train of thought among many Britons and something that can be argue indefinitely as the other side of the discussion could argue that people using the private sector allow other NHS patients to be treated at an earlier date as there are less patients to treat.Either argument can be understood, or it is doubtful whether there will ever be a true solution to these issues.

Are There Inequalities Among The Staff?

In the past there seemed to be more evidence to suggest that the staff working in the private sector received more benefits and rewards with their employment package as wages did tend to be higher and extra benefits added to this but in recent years the salaries of staff have become comparable with the exception of the medical staff who charge a separate fee of their own depending on their skills and experience.

As the market can be quite competitive and the insurance companies must agree to the fee, these are often fairly similar between doctors.

The argument of whether the private sector encourages social inequalities is one that usually triggers much debate with some defending the private sector for its ability to decrease NHS waiting lists whilst others believe that those with privileged backgrounds or financial security should have no more rights that those with little money.It is a very political argue and one that will probably be discuss at length for many years to come.