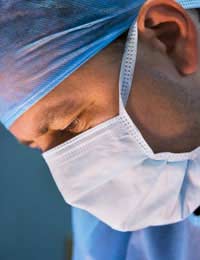 Why Are NHS Patients Treated In The Private Sector?

In response to the long waiting times that are sometimes experienced in the NHS and because of the pressures of meeting targets and directives set by the department of health, the government accepted proposals for long waiters in the NHS to be offered their treatments and sometimes therapies elsewhere.

As private hospitals can schedule their operating lists, it was possible to make time for NHS lists in the participating hospitals. They can allocate whole lists when they have no privately booked cases and all NHS patients can be performed by the same surgical team.

The other benefits include providing a greater choice of treatment locations for the patients and also preventing any bed-crises during the winter months which can often lead to cancellation of operations or treatments.

Although there will inevitably be some degree of bed-blocking which may cause some operations to be postponed or cancelled, it should hopefully not affect those who may have been cancelled already in the past as they are likely to have had their operation performed in the private hospital scheme.

Those treated in the private sector under NHS funding do not have to have medical insurance but will not automatically have the option of having any other treatments performed privately in the future unless they have purchased their own health insurance or have had the treatment agreed upon.

What Sort of Treatments Are Carried Out in The Private Sector?

When the initiative for introducing this scheme first materialised it was targeted towards general surgical cases and orthopaedic surgery with particular reference to joint replacements.

Those waiting for hip and knee replacements may have had to have waited several months before they received their operation date but with the introduction of the scheme it was hoped that this time would be decreased to a large degree.

Usually the staff that carry out these treatments will be provided by the hospital in which the procedure is being performed. Occasionally this may involve the use of agency or bank staff or utilising the NHS staff offering them a special rate of payment.Although this might sound expensive to the NHS who foots the bill, the waiting time decrease off-sets this cost.

Does This Have Any Negative Effects?

As the NHS must agree a contract with the private healthcare organisation in which it proposes to send its NHS patients to, the funding for the amount of patients stipulated must be agreed and finalised also. In some circumstances often out of the control of the health service a few of these proposed patients may not actually received their care there.

This means the NHS must fund operations and procedures that may not actually be carried out.There has also been suggestion as to the quality of the care the patients receive and the efficiency of communication between NHS and private agencies though there is no conclusive evidence to support this claim.

Private healthcare providers and the NHS have liaised and agreed that some private time allocations can be scheduled to treat NHS patients helping to reduce the backlog of patients waiting for treatments.

The Benefit of the Private Sector to the NHS
Share Your Story, Join the Discussion or Seek Advice..
I have been referred and accepted for a total knee replacement in a private hospital, but funded by the NHS. I have a mild blood clotting factor 11 deficiency I have now been told that I will have to pay for the services of the haematologist supervising my care and for any blood tests or blood products that I may require. I am 69 years old, fortunately have been blessed with good health and thus have made very few demands on the NHS. Question no 1: is it correct that the consultant haematologist can insist on being paid separately by myself (I have not got private medical insurance). If I was treated in a NHS hospital funding for any extra treatment that could be necessary as a result of the factor 11 deficiency would be covered. Question 2: if question one is correct can I apply for perhaps additional NHS funding for my problem? In anticipation Thank you for your help
ern - 24-Mar-16 @ 12:08 PM
Title:
(never shown)
Firstname:
(never shown)
Surname:
(never shown)
Email:
(never shown)
Nickname:
(shown)
Comment:
Validate: