Hip Replacement in a Private Hospital: A Case Study 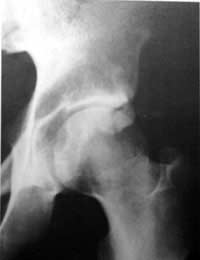 Back in 2002, Annie was struggling on many health fronts. Having just had three operations for skin cancer and some follow up radiotherapy and chemotherapy she was experiencing increasing pain from her left hip. It was also becoming more difficult to walk without a pronounced limp.

“I knew from my older sister, who has now had two hip replacements, exactly what the problem was and that it would not go away but I was too busy with my other treatments to contemplate another operation at the same time,” says Annie.

“I was told that I could be seen by an orthopaedic surgeon but that the operation itself could not be done until my chemotherapy and radiotherapy was complete. I suppose I should have gone through with arranging the hip operation but I was just too preoccupied,” says Annie. Once her oncology team had given her the all clear and she no longer had to have further skin treatment, it was time to review her options.

Unfortunately, by the time Annie was seen her hip was in a bad way but she was now on a waiting list with up to 6 months before an operation was likely. “I talked it over with my husband and decided that now, more than ever, each day was precious and, having survived skin cancer, I didn’t want to waste 6 months hobbling around. I wanted to go on a Caribbean cruise for my 60th birthday for one thing!” laughs Annie.

She decided to cash in small endowment policy that had been left over from a house sale some years before and to see the same orthopaedic surgeon but privately. “I didn’t have health insurance, so I decided to pay up-front. I now think I took a bit of a risk but, thankfully, all went very smoothly and the bill came to £7500,” says Annie.

The Day of the Operation

Annie arrived at the hospital at around 10am in the morning and was due to go into theatre at 3pm in the afternoon. “I had my own room, which was small but clean and nicely decorated. It was less institutional than the ward where I had stayed for my NHS cancer treatment but the staff were just as friendly in both places,” explains Annie. "They explained to me exactly what would be done and I signed the consent forms. In the afternoon I was wheeled along to the theatre, which was just down the corridor and before I knew it, I was back in my room."

After the operation, Annie was a bit sore and groggy but immediately felt better. “Its hard to imagine unless you have experienced hip pain but the pain after the operation is much less intense – and you know it will get better not worse,” she says. The physiotherapy service at the private hospital was excellent and Annie was helped to start moving around the next day and encouraged to do exercises to keep her legs strong and to help the hip to heal.

After just 4 days in the private hospital, Annie was discharged but had regular follow up appointments at 2 weeks, 6 weeks and 12 weeks. “I then went back every six months for two years before being signed off completely,” says Annie. Although she had to walk with crutches for several weeks, and then two sticks and then one, she was completely mobile again to go on her cruise the following November, in time to celebrate her 60th.

Annie has never regretted the decision she made but stresses that she feels that private medicine is not always superior to NHS treatment. “For routine surgery, if you have health insurance it’s a great option and it gave me the chance to pay for my operation and avoid the wait on the NHS. But I am grateful to both medical teams – I owe both of them the health that I still have today,” she adds.